An abandoned skyscraper became home for about 3,000 squatters

The Financial Society ‘Confinanzas’ - today The Tower of David - was once the billionaire David Brillembourg's dream, who was considered one of the most successful Venezuelan bankers of the early 90s. He was the person behind the the economical landmarks of that decade: the National Brewery, the negotiating with the Union Bank, Mantex, Atlantica Industry, and also the last but unfinished The Financial Society ‘Confinanzas’. This complex was planned with six buildings in total: the Atrium (lobby and meeting rooms), the 190 meters high Tower A with helipad, Tower B, Building K, Building Z and a parking lot with 12 levels, with a total floor space of about 120 thousand square meters. Apart of being the headquarters of ’Confinanzas’; there was the plan to built also a hotel, apartments and varied businesses. 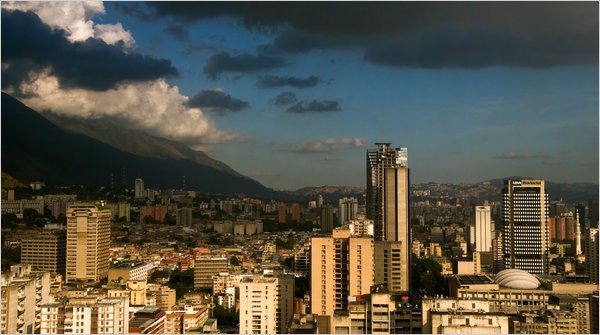 Before the Evangelical cooperative (Pentecostal church Puerta del Cielo Casa de Dios) arrived, only people camping occupied the towers, there was no use and all was filled with debris; the stairs had excrement, dirt and waste. Only the poor and the homeless occupied the floors. Currently this has become a strong community based on dialogue and unity. Now more than a thousand families have found their shelters in this skyscraper. At the entrance, a large sign from the rooftops proclaims that the structure is controlled by the Housing Cooperative "Casiques of Venezuela", founded, formally registered and certified by the government in 2009. The founders of this cooperative proudly describe this complex self-organizing system that allows the families to live here. Besides the board members, there are also 16 coordinators, several clean-up crews and more than 20 employees responsible for ensuring the good operation of this vertical citadel. 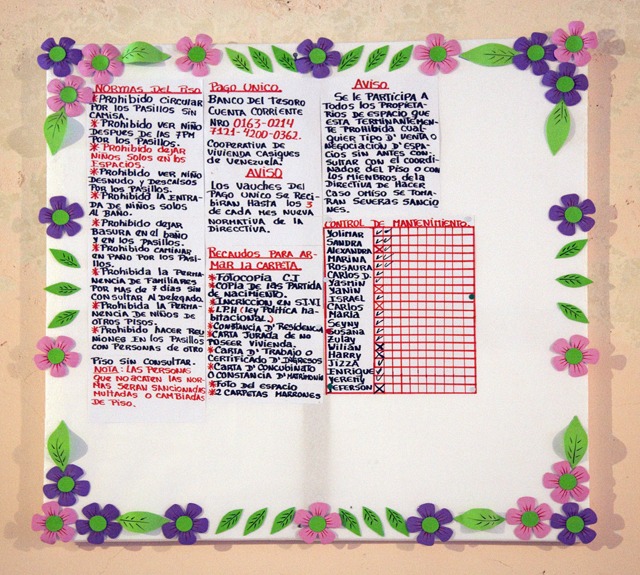 Immagine Bulletin board with rules and regulations for the 23rd floor, including information on payments and a list of people responsible for maintenance.

Squatters use materials  from paper, wood, fabrics, plastics among bricks and wood. 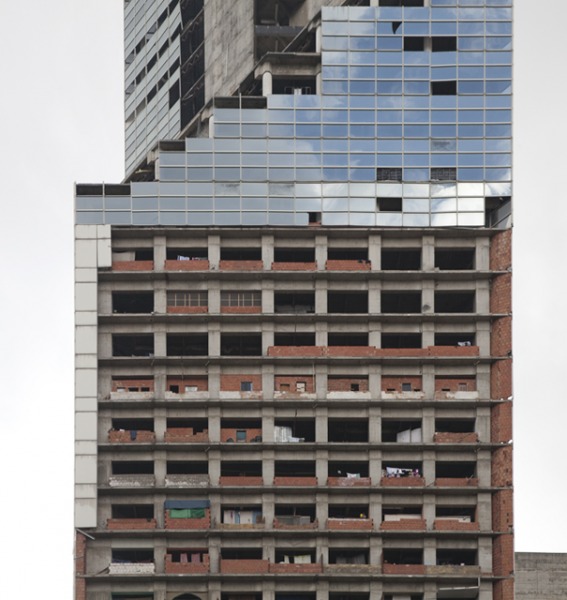 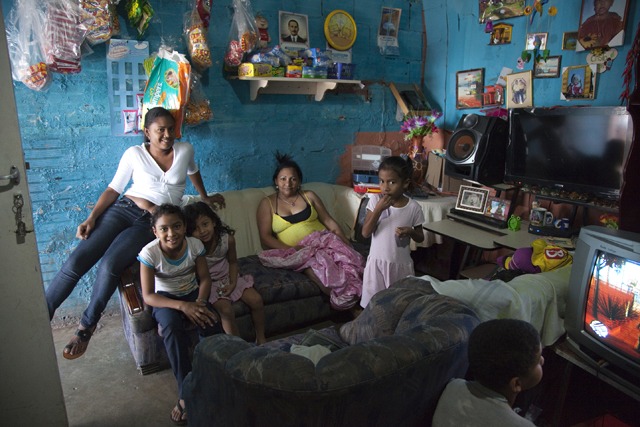 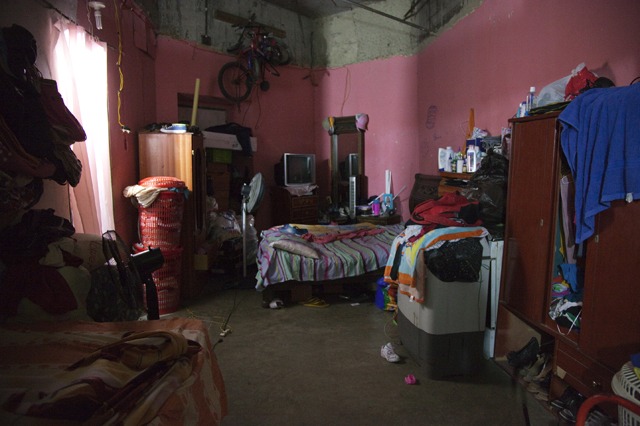 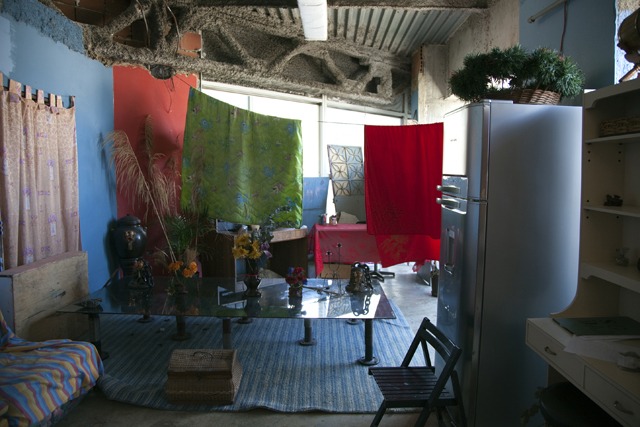 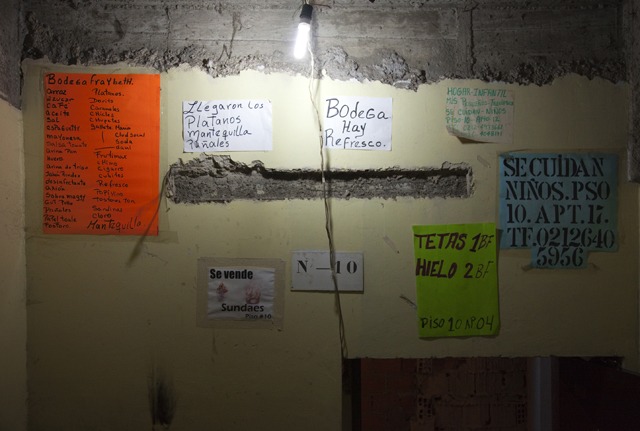 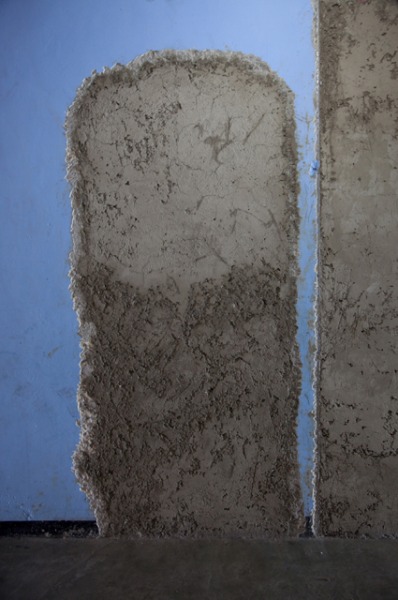 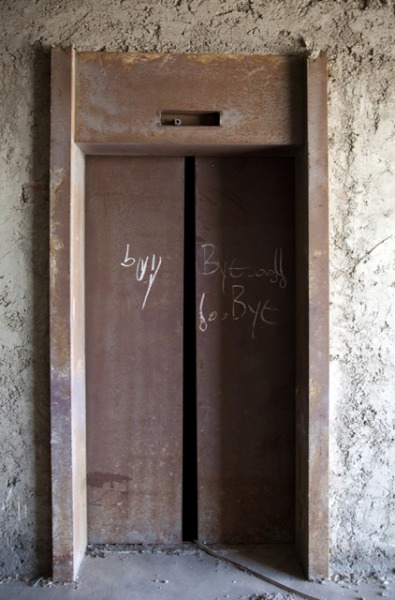 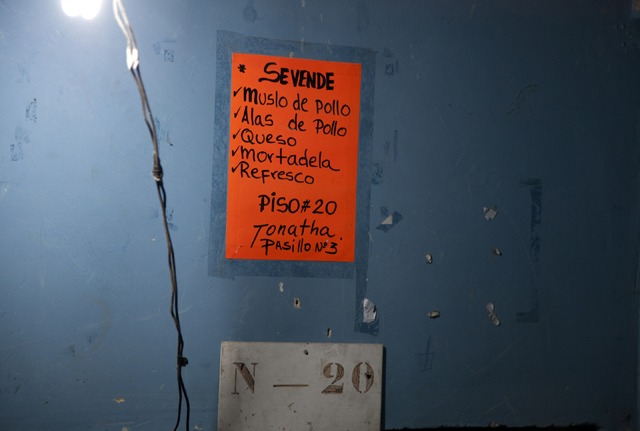 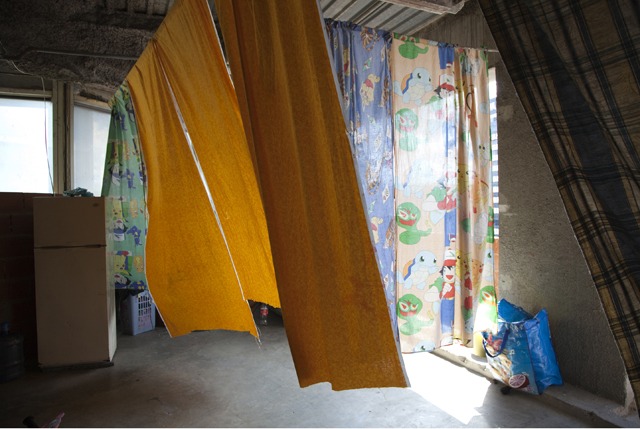 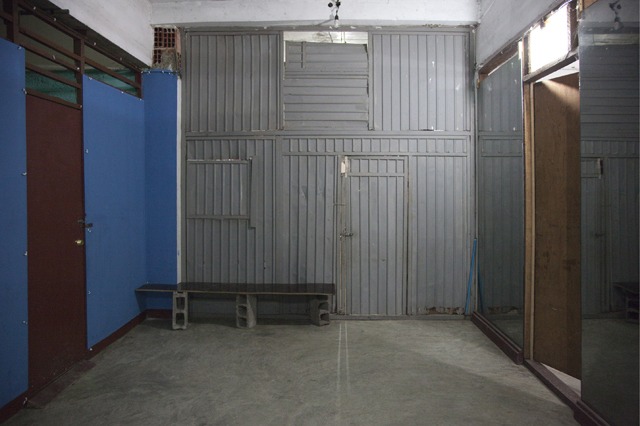 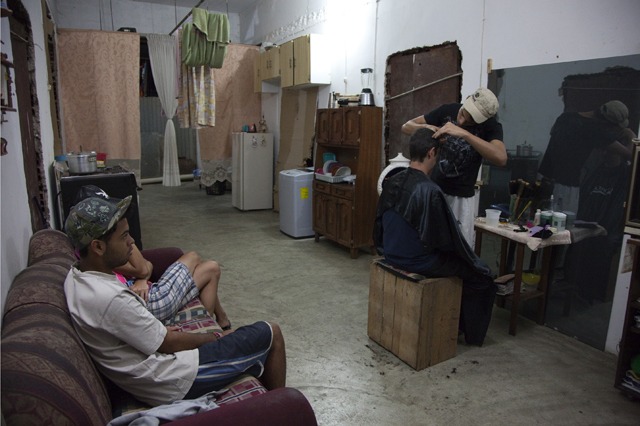 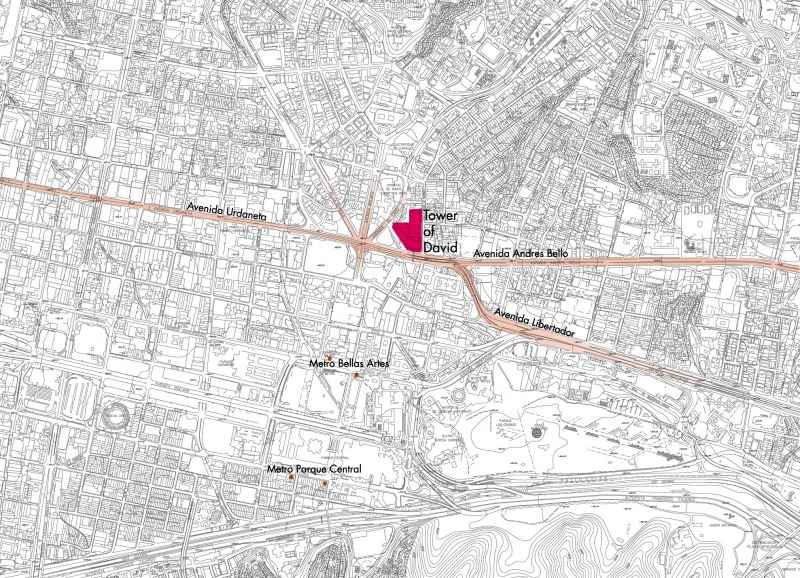 some rights reserved
i 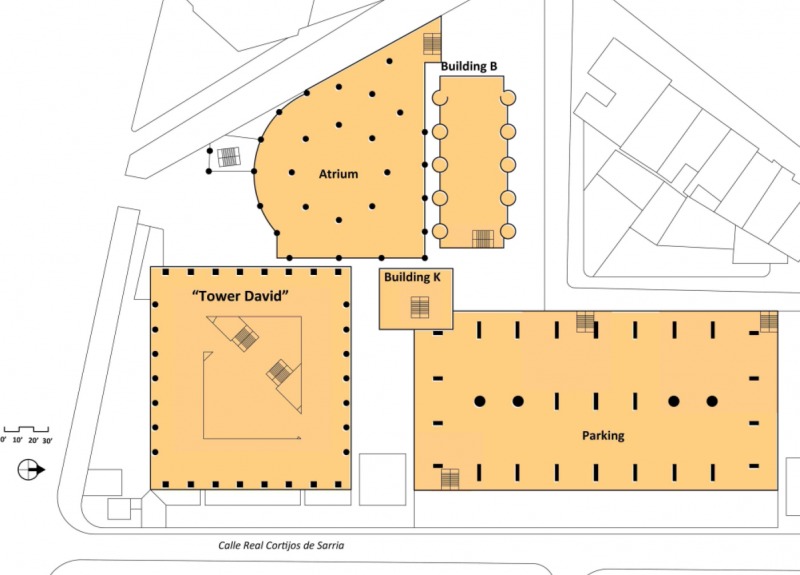 Plan of the tower complex 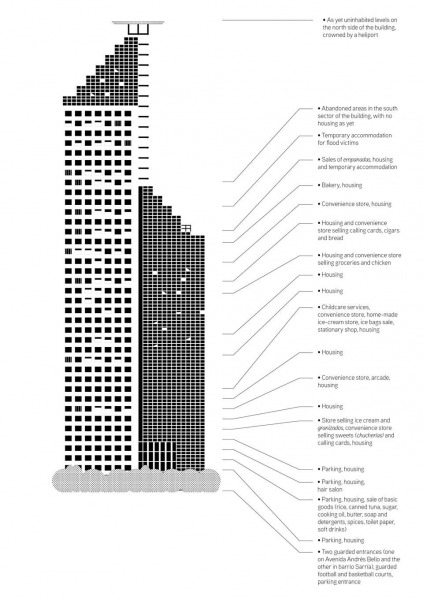 Section of The Tower