The 2022 Global Challenge is closed for submissions.

In our previous article Why the New Do-it-Together (DiT) Architecture has Radical Potential, we uncovered a new practice that focuses on ‘we’, not ‘me’; celebrates collaboration, not competition; mobilises human connections, not transactions.

Yet collaboration with people from different backgrounds, disciplines and social status isn’t always easy as it may seem. In the case of architecture and urban development, design professionals and non-professionals might have entirely different ways of seeing a problem and approaching solutions. For people of different social and professional orientations, it is easy to fail to understand each other’s culture - even if they speak the common language.

In this article, we’d like to illustrate how DiT architecture achieves real impact through cross-cultural and cross-disciplinary collaborations. When professionals and non-professionals collaborate, their overlapping and sometimes even conflicting interests, experiences and knowledge could converge into new sustainable solutions that otherwise would not come into being - such as these two cases in India and the UK. 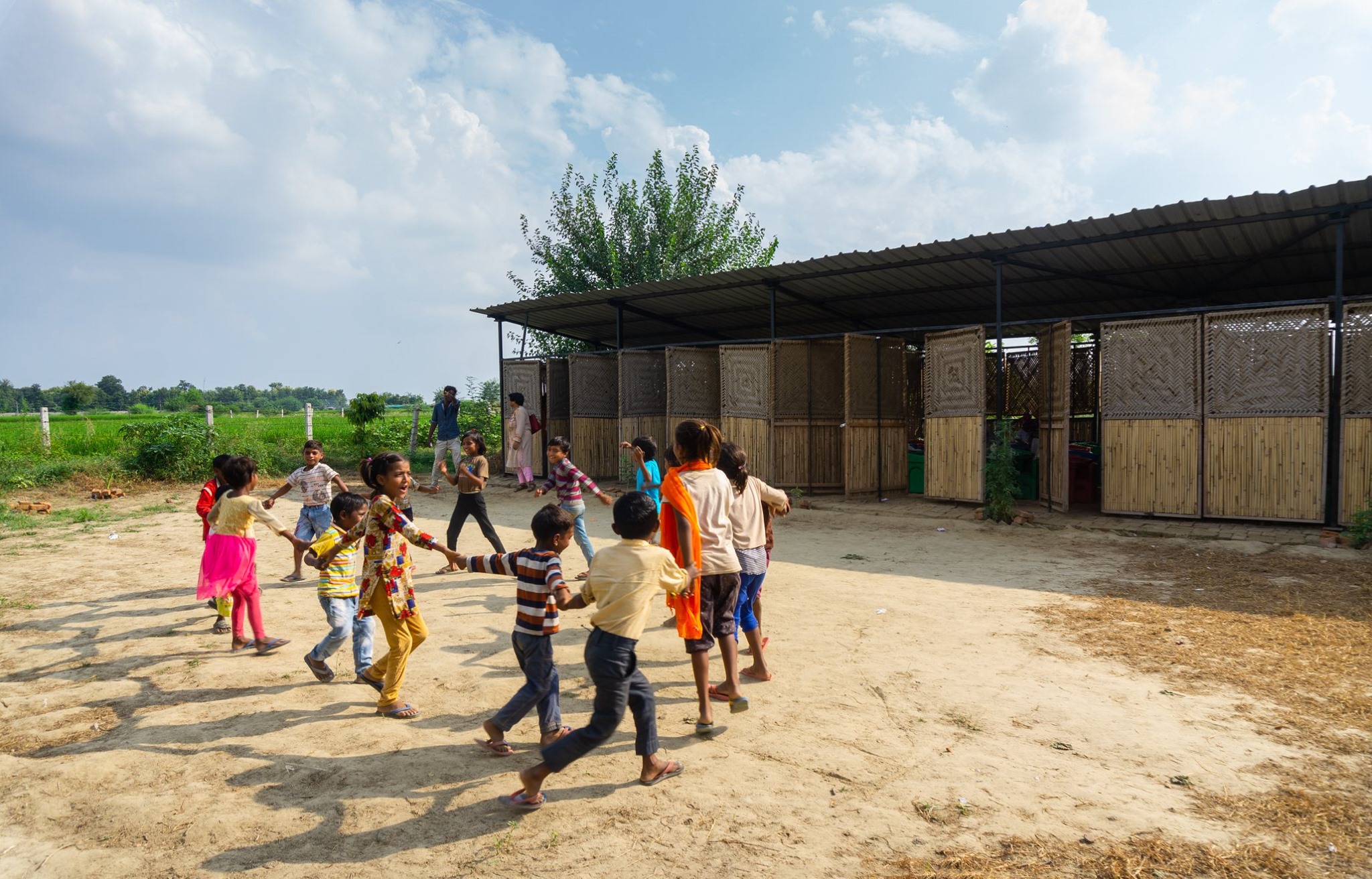 When a school was demolished along with the rest of the settlement in a slum in Chilla Khadar, a social worker named Abdul Shakeel successfully filed a PIL (Public Interest Litigation) to temporarily reconstruct it. To help build a more robust school, better suited to future forced evacuations and local climate conditions, Abdul approached two local architects, Swati Janu and Nidhi Sohane, who took up the design of the school as a voluntary project.

This was the beginning of Modskool, a temporary school initiated by a team of local community activists and architects. At that early stage of development, Swati and Nidhi sought extra support and submitted the project to our Global Challenge in 2016 and eventually it was selected as one of the finalists. This recognition boosted the confidence of  the team and the project started to evolve. 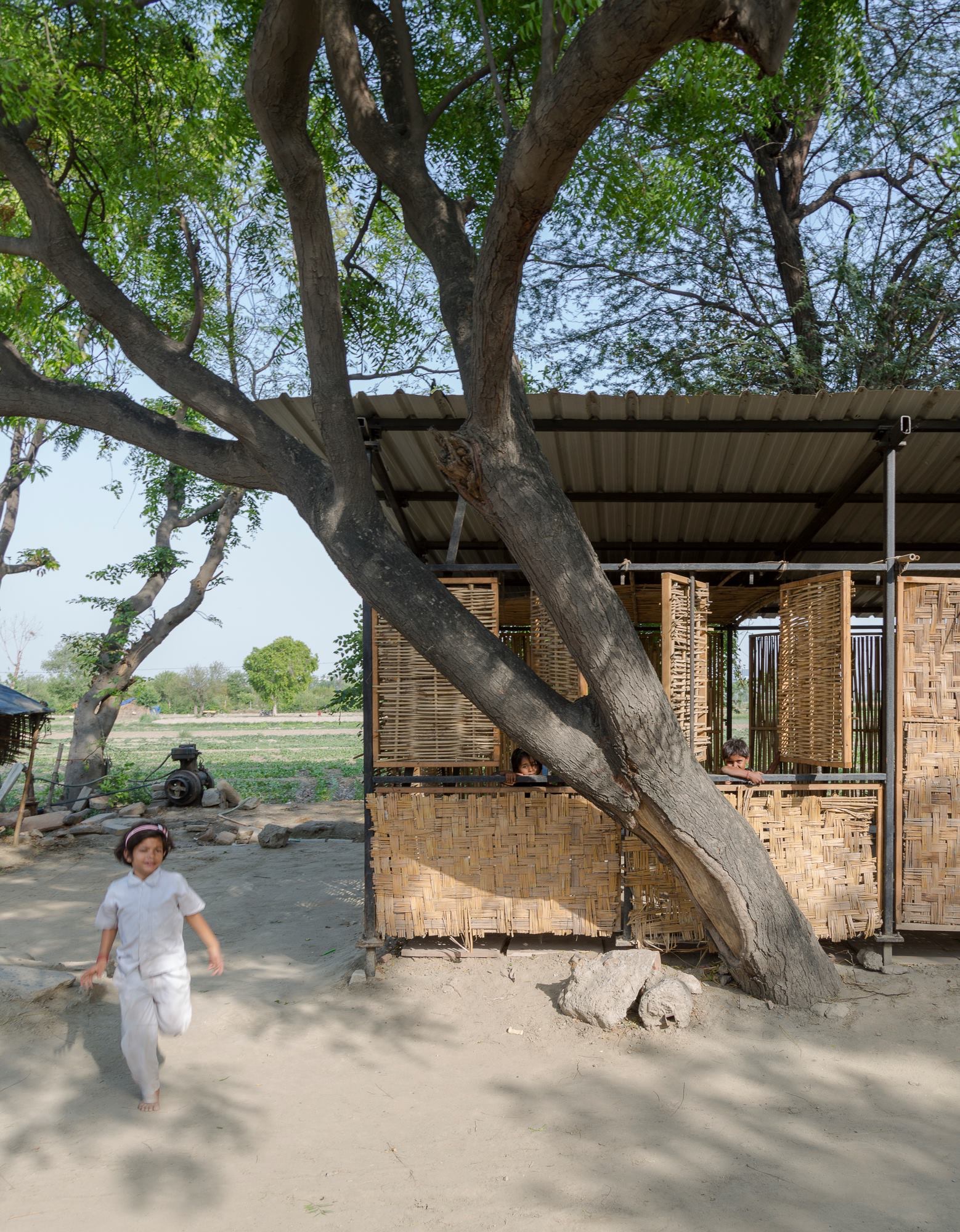 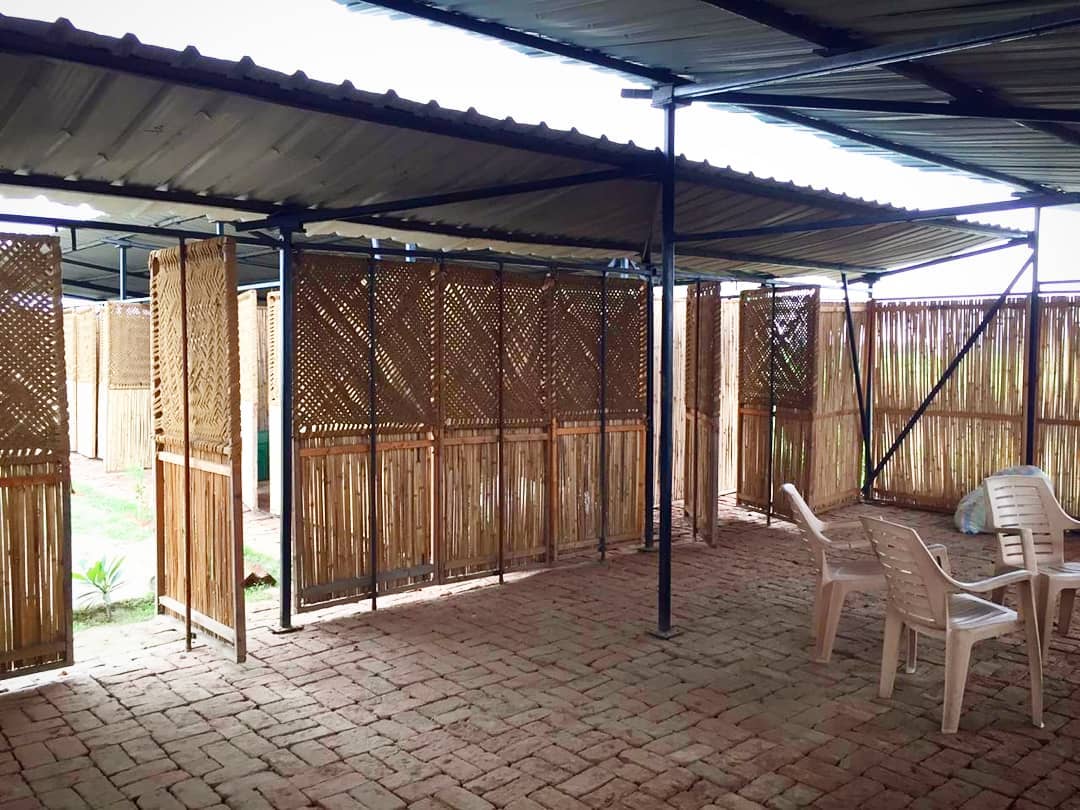 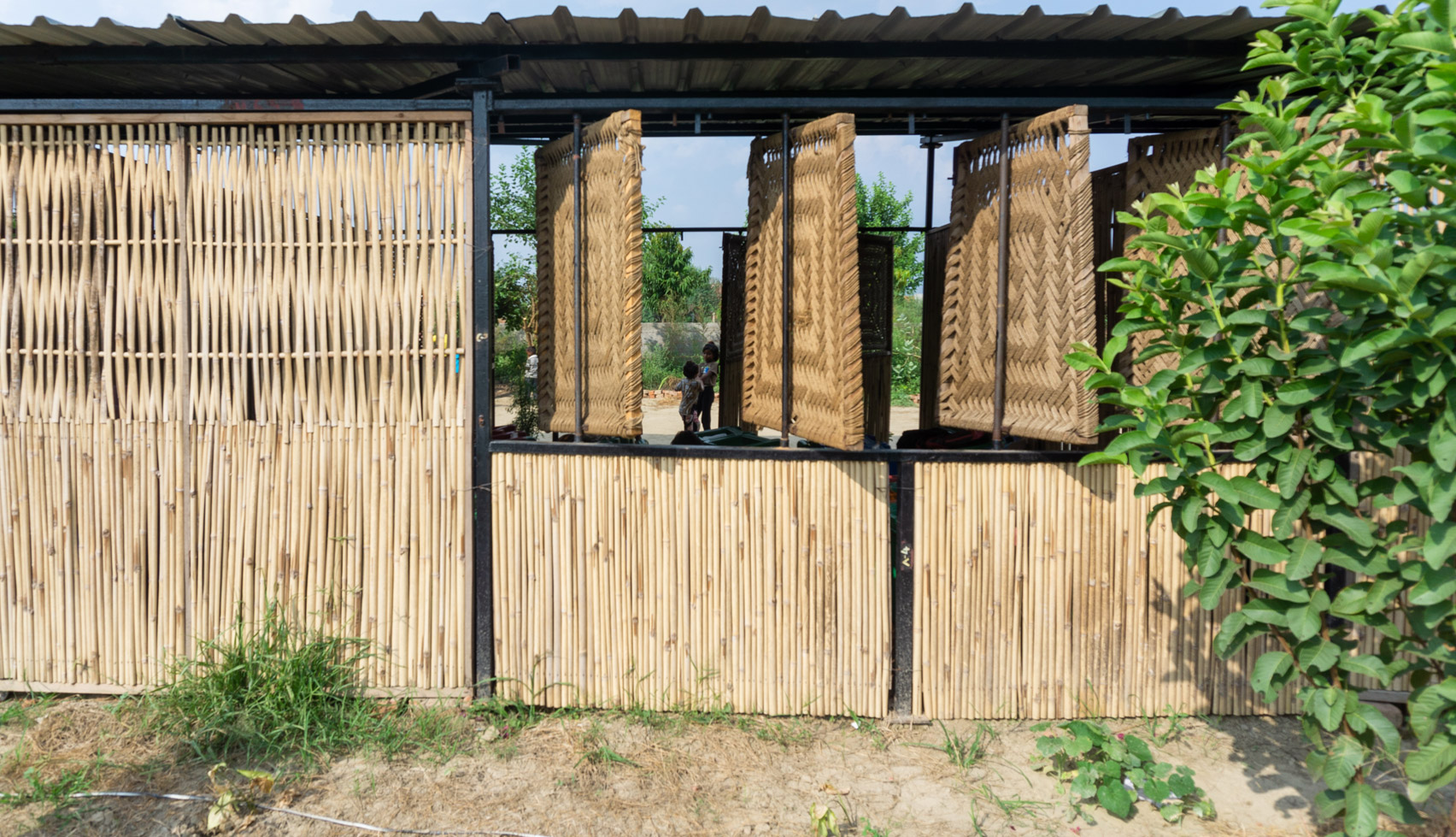 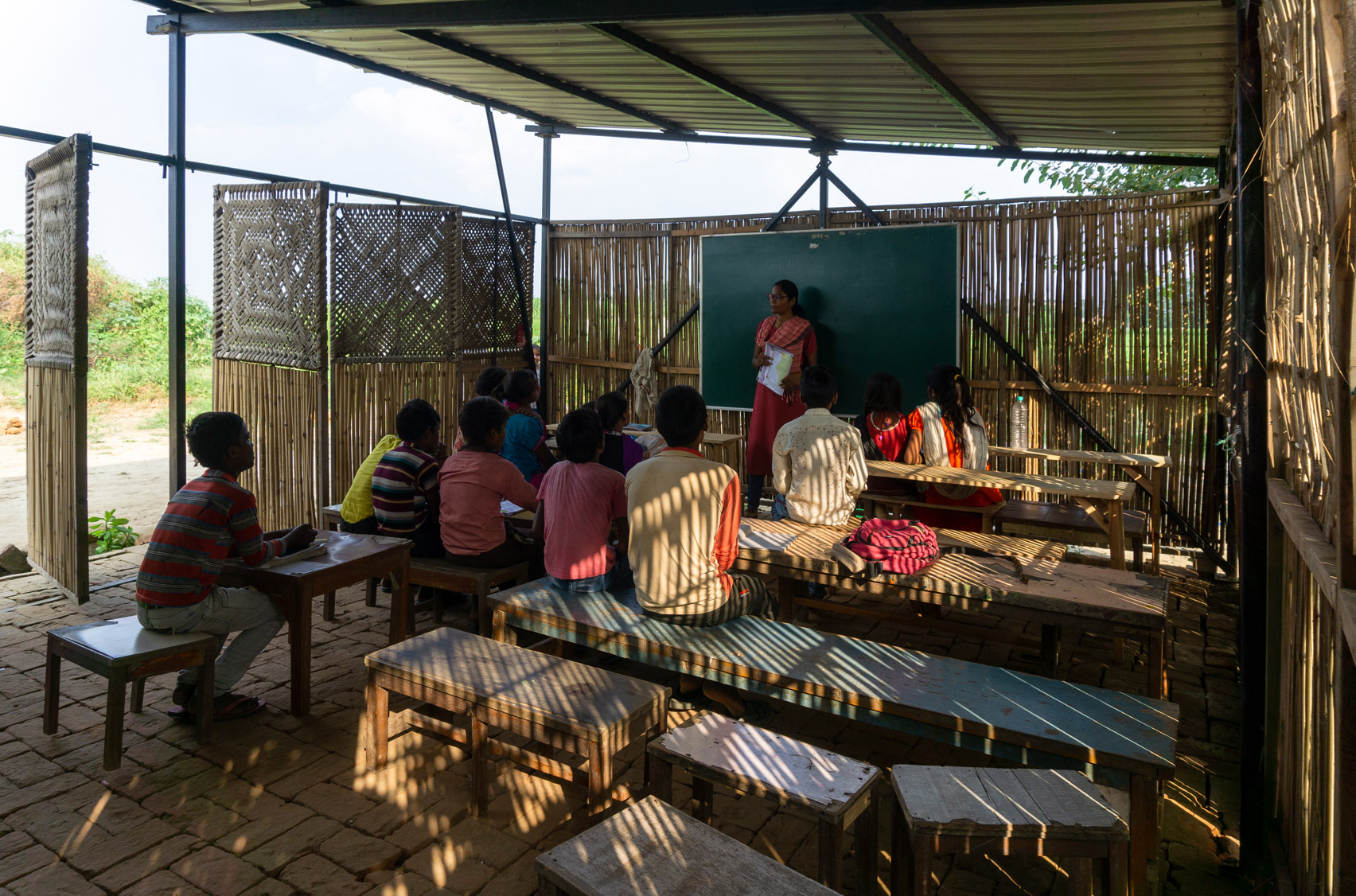 The initial funding was partially met through a successful social media campaign which consequently mobilised the local network. Soon after, a local engineering firm donated extra funding and offered pro bono advice on the project. When construction started, more than 60 local and international building volunteers poured in to help. Most of the design decisions were made in real time, on site, and continued to evolve to become more durable, locally sensible and climate responsive.

First built in 2017 in less than three weeks, ModSkool was dismantled one year later due to land-ownership issues. In 2019, the school was successfully relocated and reconstructed by the Child Trust. This time, the design improved upon the original school. And through the build process, local builders were given the opportunity to improve their construction skills. Building on this success, Social Design Collaborative was established and is now working on advocacy for the rights of the farmers whose riverfront settlement face evictions due to the redevelopment plans for the river. In the 2020’s Beazley Design of the Year, ModSkool was a dark horse in the nomination stages only to become that year’s winner in the architectural category.

ModSkool definitely set a groundbreaking example of Do-It-Together architecture. Born with an urgency of the community, pushed forward by local leaders and coming to fruition through the support of many engaged professionals, the project facilitated dialogue between the policy makers, community leaders, building professionals and companies. 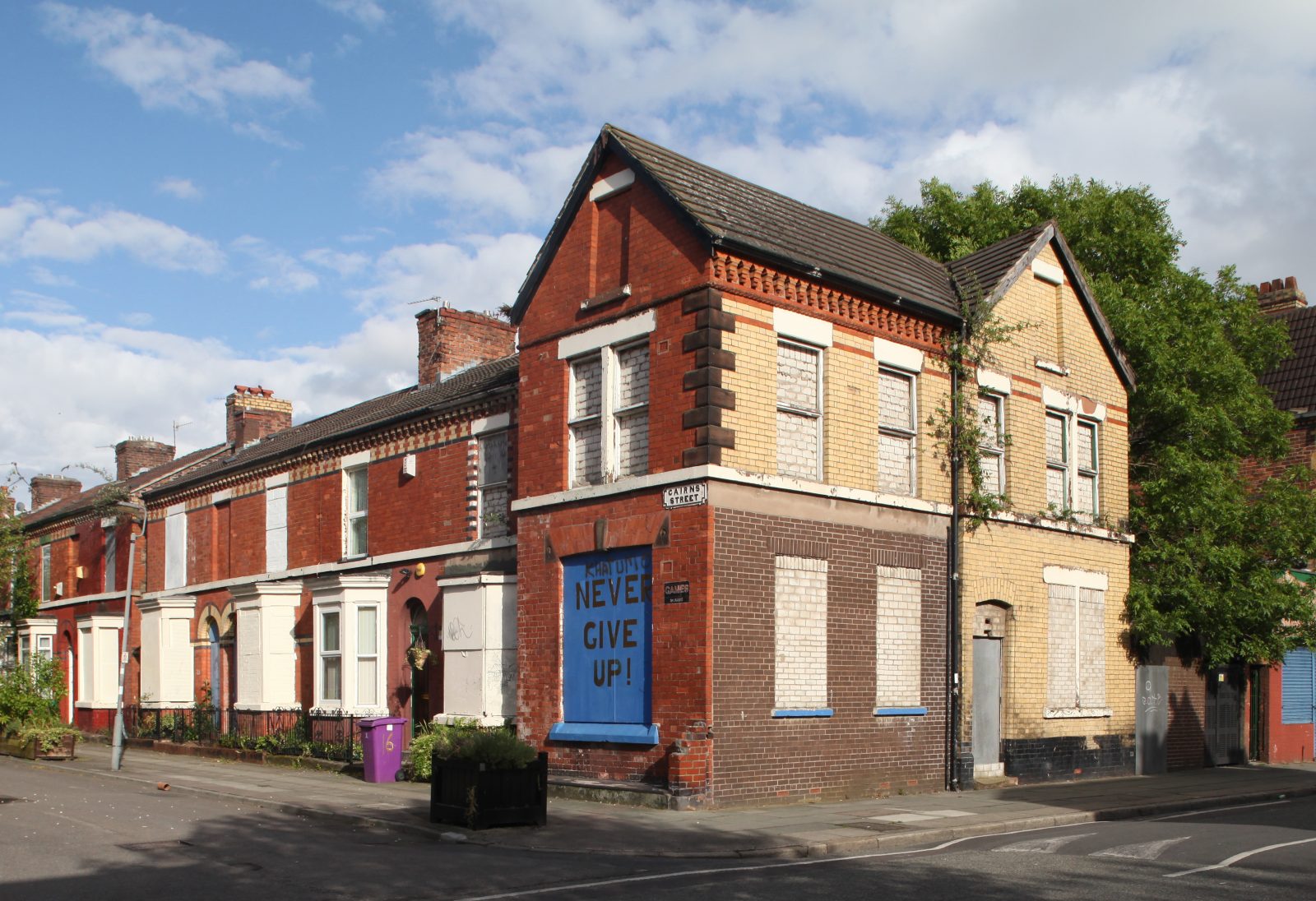 The corner of Granby Street and Cairns Street in 2013 ©Assemble

In Toxteth, Liverpool, a cluster of terraced houses known as The Granby Four Streets were under the pressure of demolition for several decades. Most shops went out of business, empty houses began to appear and the negative perception of the area became a vicious circle. Local residents resisted plans to tear down their houses and started a campaign which included guerrilla gardening, street cleaning, painting empty houses and organising monthly markets. The first milestone for the community was when they established a Community Land Trust (CLT) in 2011 to collectively negotiate with the local council on their future. The negotiation has successfully ended plans for redevelopment in favour of funding the renovation and ownership of the derelict properties.

Another important milestone for the local residents was to team up with the architecture collective Assemble to help realise their ambition. The architects recognised the effort and achievement of the local residents, so the design was an attempt to reinforce this local legacy. To date, 10 derelict terraced houses have been refurbished. Other houses were converted into a local architectural ceramics workshop and the Granby Winter Garden - the latter is freely accessible to local residents and the wider neighbourhood. 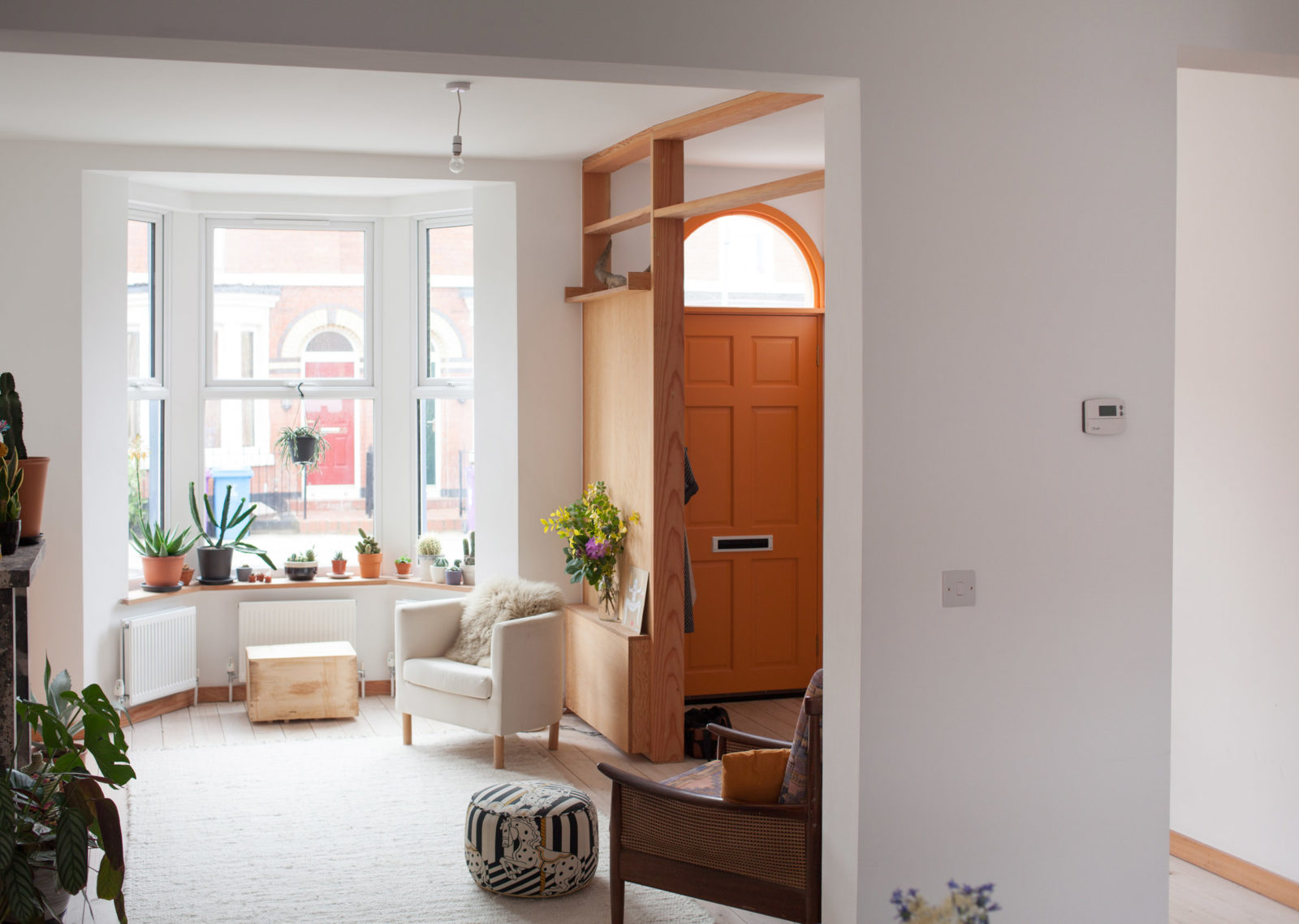 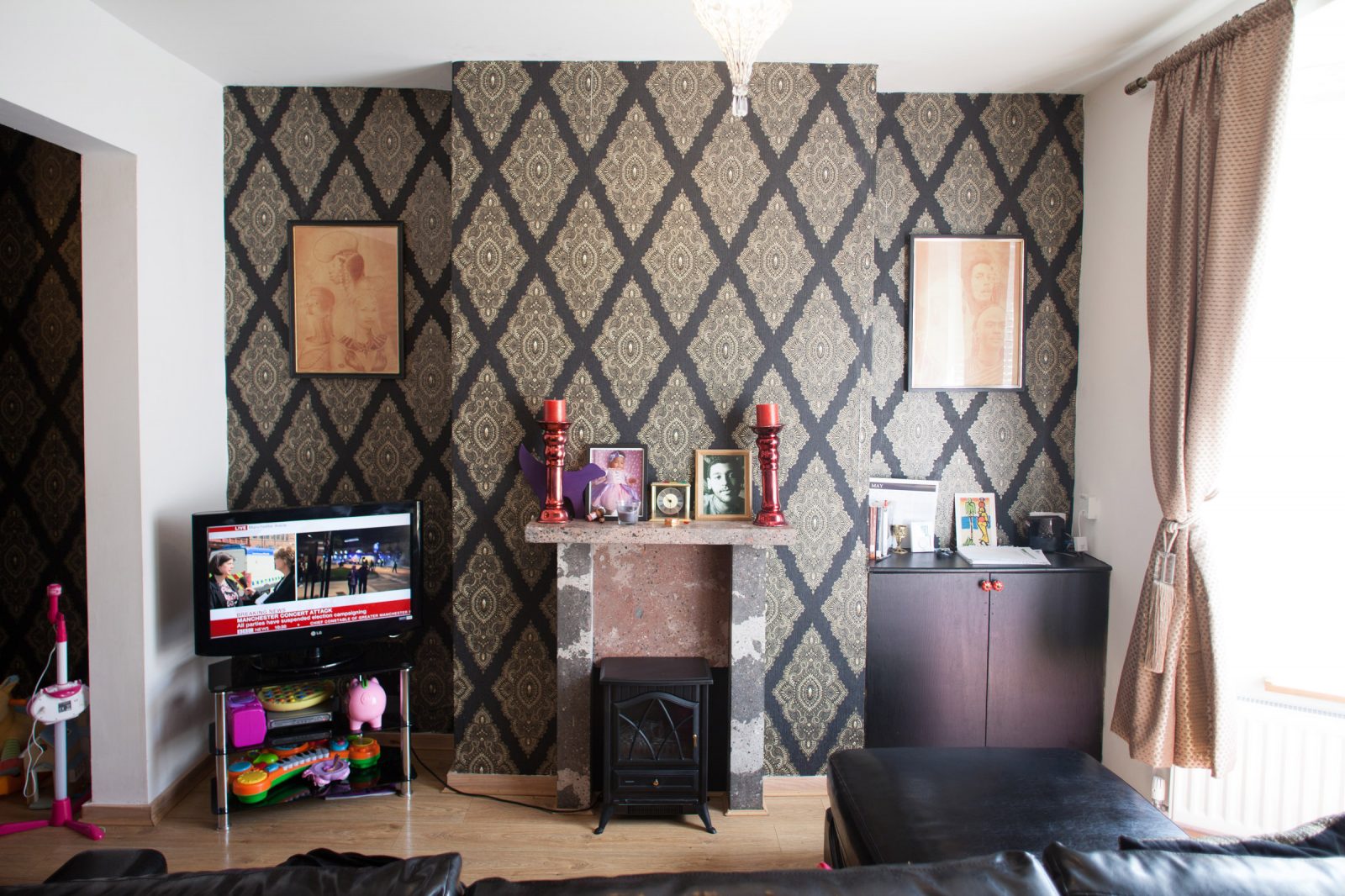 Two of the ten refurbished houses on Cairns Street ©Assemble

Granby Four Streets is a remarkable case. It challenges the ideas, roles and responsibilities in planning as we know it. Throughout the process, the ‘Community in Need’ no longer took a passive stance and remained in a precarious state. The ‘Community in Need’ becomes ‘Community in Action’ - the residents became active agents of change to lead and advance their social and economic situations on their own terms. Through building partnerships and alliances, the residents gained a greater capacity to develop their own neighborhood, whilst the local council, investors and design professionals learned a great deal from the community activism.

Urban regeneration or retrofitting is often considered less eye-catching and media savvy. Granby Four streets, however, awed the press and hit the media headlines by winning the Turner Prize, a prestigious British art award. Rather than giving the award to artists, it’s remarkable that the prize was given to the collective of architects and a CLT. The judges praised it as “ground-up approach to regeneration, city planning and development in opposition to corporate gentrification.” Granby Four Streets’ CLT is confident it will protect the community from the fluctuations in land value, as regeneration continues to raise the price of living all over the city. 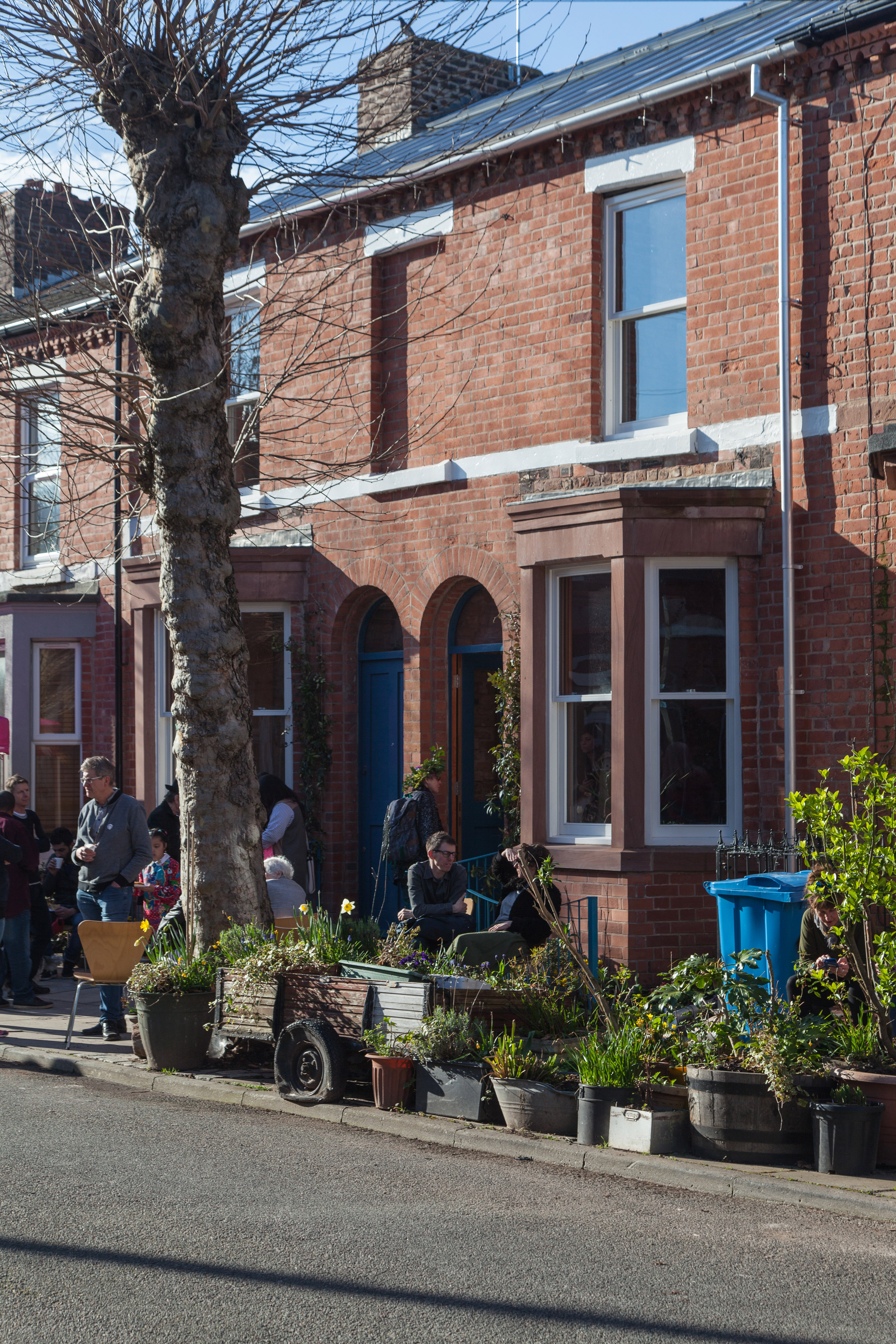 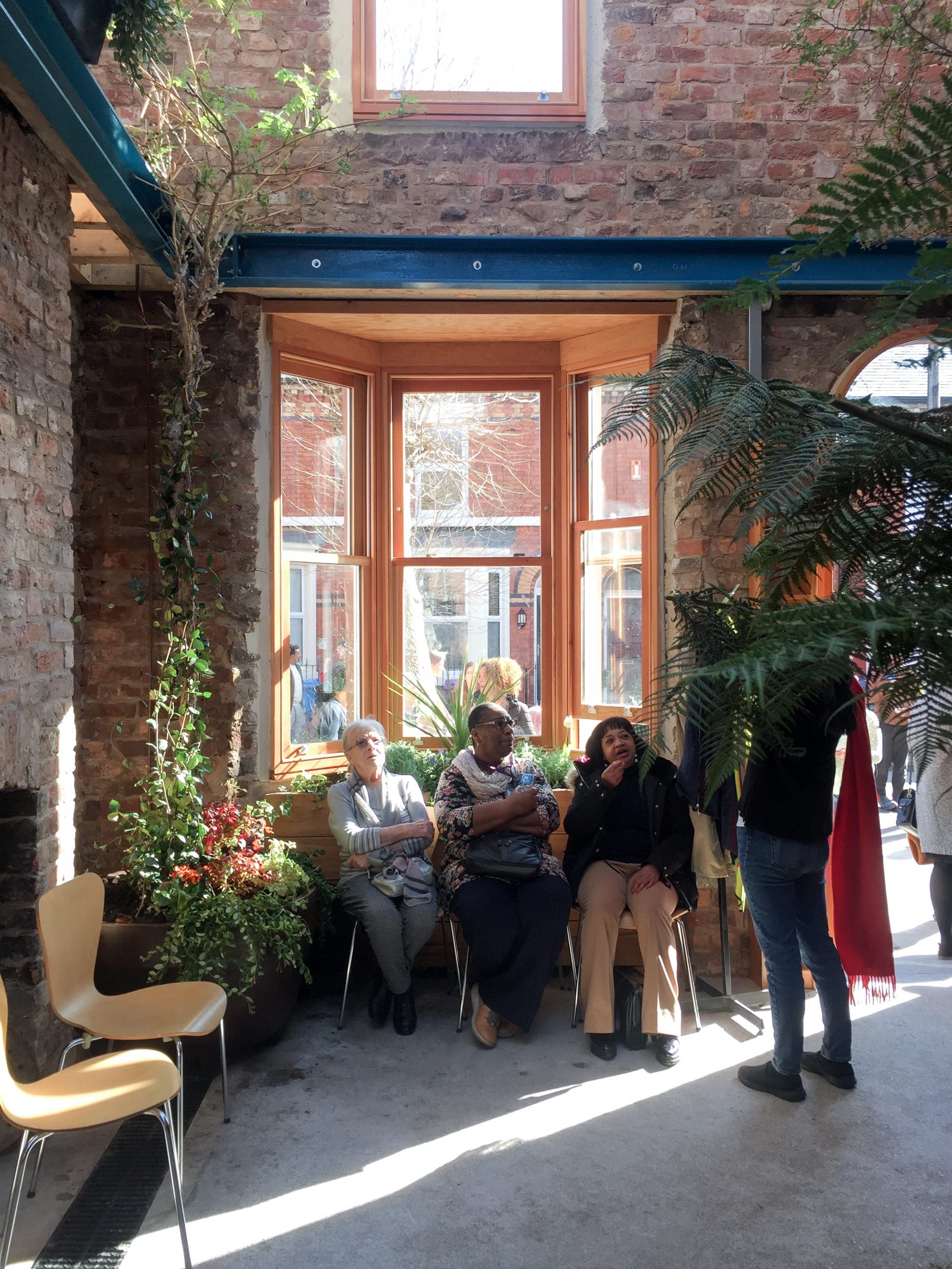 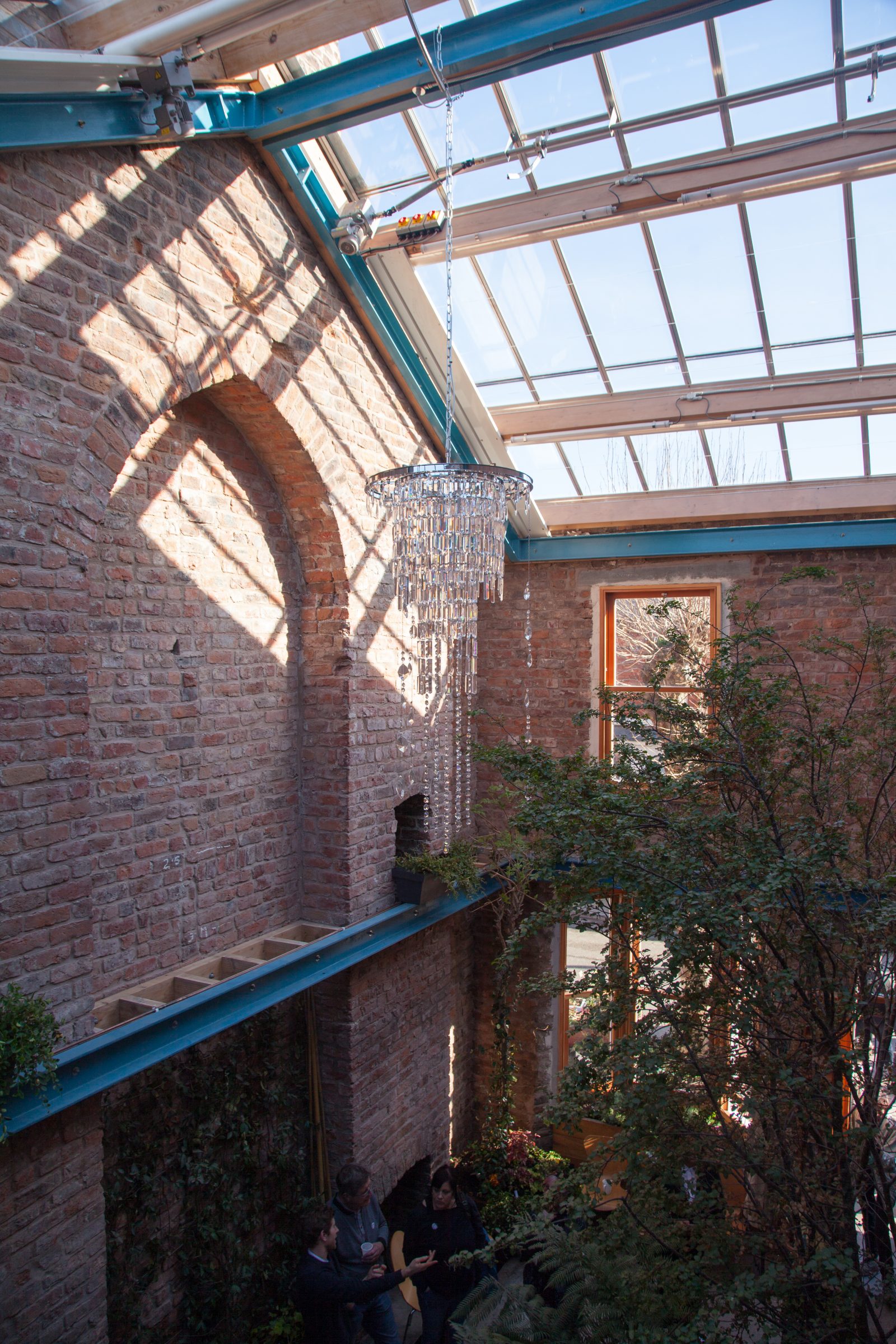 Without strong leadership from a core team, would ModSkool and Granby 4 Streets overcome the force of top-down development? And without establishing alliances with committed professionals and companies, would these bottom-up projects resist the dominant planning forces in favor of high surplus values? Probably not.

Both ModSkool and Granby Four Streets arose from small, local activism to acclaimed examples of new practices. They left a legacy to the communities and everyone involved. They transformed the formal and transactional relationship into a trust-based social process and created new conditions for collaboration. Only by opening up the barriers between local residents, design professionals, local government, investors, companies and volunteers, can we unleash the power of collaboration. Welcome to the new era of Do-it-Together (DiT) Architecture.

*** This article is also published on Archdaily *** 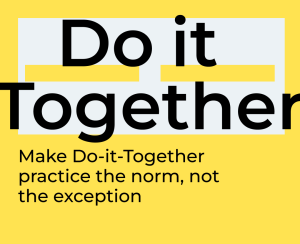 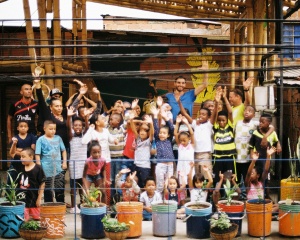 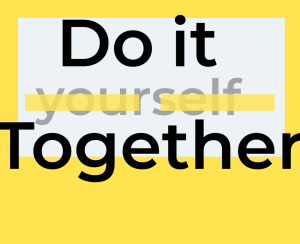 by Architecture in Development (visit profile page), 12 January 2021
Why the new Do-it-Together architecture has radical potential 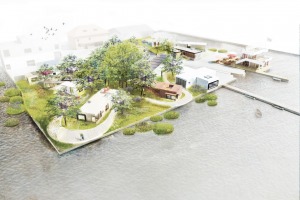 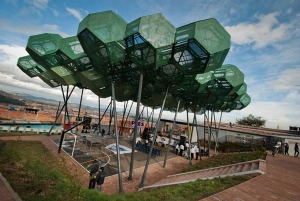 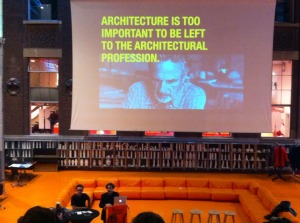